The Abbeville Piecemakers Quilt Guild welcomes you to our site! Our guild meets at the Center Street Cafe, at 101 Center Road in Abbeville, South Carolina. Center Street Cafe is behind the Abbeville Nursing Home. From Thomson Circle, turn left on to Center Road, just prior to the Abbeville Area Medical Center. Visitors are always welcome!
We meet on the second Monday of each month at 10:00 am. Our guild meetings may include business sessions, demonstrations, guest speakers and Show & Tell. We offer optional classes from time to time for a nominal fee, depending on the difficulty and length of the class. On occasion, we meet at other locations in order to accommodate our activities. Also, we periodically go on Shop Hops and field trips, such as our recent tour of the Barksdale House in Abbeville.
New members and visitors are always welcome to our guild. Our dues are $20.00 per year and are due at our September meetings. After the September date, our membership dues are pro-rated each quarter. We choose new officers each year at our July meeting.
For questions or comments, please contact Jeanne Russell, Guild President; or Barbara Littell, our Secretary, at blittel@wctel.net. Thank you for visiting our site!

Pat gave our devotion on Freedom, took prayer requests and shared with us the “Lighter Side.”

No updates were made to minutes from June.

·         Our space is confirmed for the Oct. 17 for Hogs and Hens Festival. Sign up for your time to help in August and confirm in September.

·         Quilt Display at the Chamber of Commerce – The Artist Guild bought the wall at the chamber and the guild has been asked to bring pieces of work to fill the wall.  This wall will be available all summer and the guild can remove and add new pieces to keep it fresh and allow all members to participate.
·         QOV - Persons needing quilts:  Mack Jones, Chris Miller
Steve Jones, Bill Anderson
Larry Grant, Rayford Ellis
Jean to Jim Vinson and Haskell Gibson
6 men from Little Mountain Presbyterian Church - done
Marion Argo and Bobby Fisher – done
Ed Davis - done
Quilt kits have been cut by Sarah for QOV. Be sure to sign to get one.
New Business:

·          Discussion was held and a motion was made by Barbara Littell to accept the list of suggested offices and officers and the quarterly business meeting format.  Jean McMurtury seconded the motion. The vote was unanimous. Officers for 2015 -2016 were elected at the July meeting and the new format for business meetings was also approved.  The following members have agreed to be considered for the following offices and committees:

Members and guests present:  Kathy Brown, Cindy Chihasz, Sarah Dobson, Paula Dorn, Anne Horton, Barbara Littell, Jean Vinson McMurtury, Jeanne Russell
Sarah Dobson welcomed everyone.  As our devotional, each lady shared things that have been happening in their lives and their blessings.
Prayer requests were taken and will be sent to Pat. Jeanne had our prayer.
There were no business meeting minutes from the month of May. The May meeting was held at Little Mountain Presbyterian Church and Debbie Mayer taught a lesson on free motion quilting on the sewing machine,
Treasurer’s Report was given by Kathy Brown.
Beginning Balance:  $596.75
Debbie Mayer:    - 50.00 (payment for class in May)
Ending Balance:    546.75
New Business:

·         Cindy gave everyone the web address for several beautiful QOV labels that can be printed.
This is the address:  http://www.quiltersofsc.org/QOV.pdf

·         Sabra Price has been working on a website blog for the guild. She is in the process of posting pictures of various meetings, lessons, and activities that our guild has participated in.  She plans to also include minutes from our meetings in this blog. If you have any information or pictures that you think that should be shared on this website, please contact Sabra. The site address is: https://www.abbevillepiecemakersquiltquild.blogspot.com/

·         Quilt Display at the Chamber of Commerce – The Artist Guild bought the wall at the chamber and the guild has been asked to bring pieces of work to fill the wall.  This wall will be available all summer and the guild can remove and add new pieces to keep it fresh and allow all members to participate.

·         Jean McMurtury shared information about “Molly Mine”.  Molly Mine is a crazy quilt that is constructed using machine embroidery. If you have questions, contact Jean for info.

·         Kathy Brown brought in information about The Row by Row Experience for Shop Hopping. She also brought a list of states and shops that are participating. SC/NC Shop Hop is July 17-25. Row by Row starts at participating shops on June 21. Members interested in doing some day trips for shop hopping should bring calendars for planning to the July guild meeting.  Contact Kathy if you have questions or need a list.

·         Cindy Chihasz will give a lesson on wool felt embroidery at the July 13th meeting. This will be a simple project and kits will be available for $5.00.  Please bring small scissors for cutting out fabric and a thimble for hand sewing.  Needles and thread will be provided to use that day.  Cindy will send out an email with other info before the meeting.

·         Congratulations to Cindy Chihasz for placing 3rd in the QOV Panel Challenge.

·         Barbara Littell will have our program at the August meeting.

·         The guild has a free space for the Hogs and Hens Festival on October 16th and 17th (Fri. and Sat.). Please sign up at the July meeting to work the table. This will be a great opportunity to sell raffle tickets for our quilt.

·         Meals on Wheels fundraiser is December 12, 2015 at the Abbeville Livery Stable.  This will be the final sell of raffle tickets and the night our quilt will be given away.  Guild members should think of craft and food items to sell for fundraising for Meals on Wheels at this function.

·         Officers for 2015 -2016 will be elected at the July meeting. Kathy Brown suggested that we form various committees to share the programs and duties of our guild.  Also we discussed having quarterly business meetings, leaving other months open for programs, demos, and trips, etc. This will be further discussed and voted on in our July meeting.  These committees will be discussed and explained further at our July meeting. Please share your talents and work with the committee of your choice.  The following members have agreed to be considered for the following offices and committees:

Show and Tell items were presented to the group by:  Jean Vinson and Cindy Chihasz

Posted by Unknown at 1:43 PM No comments: 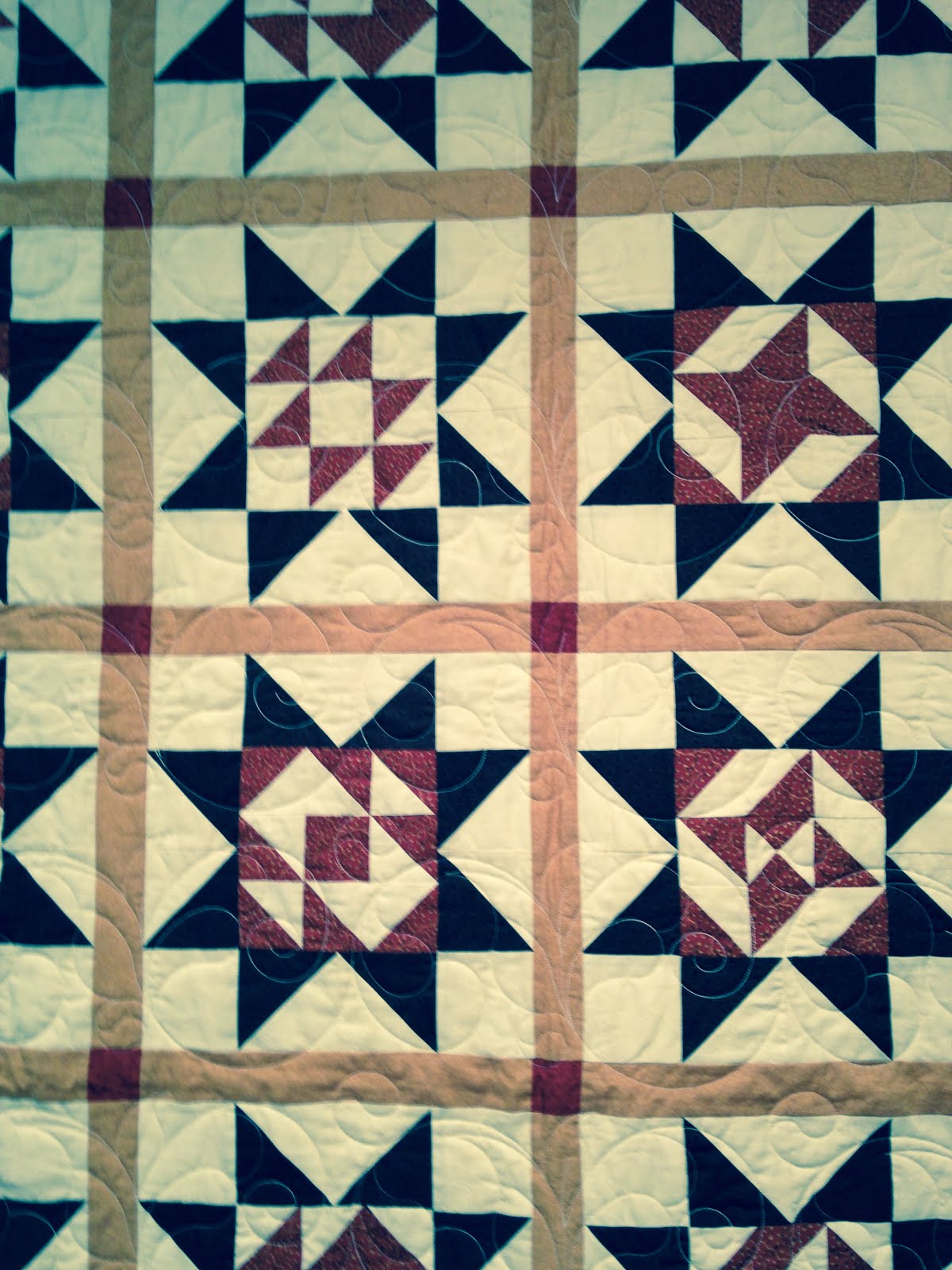